Last week I participated in a sketch challenge with other stampin up demonstrators....here is my card: 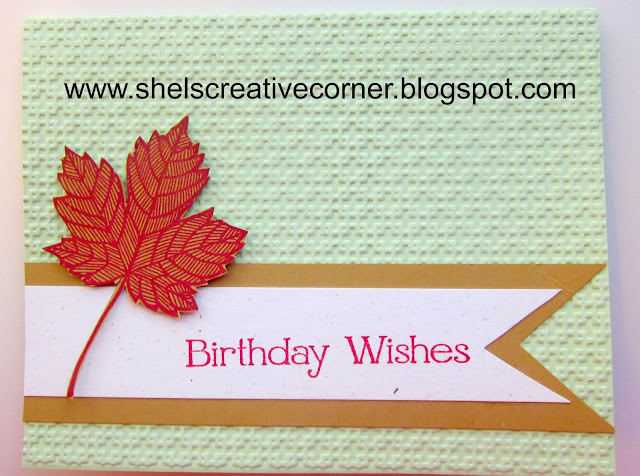 Last week I also participated in a distressed challenge.  Here is my card: 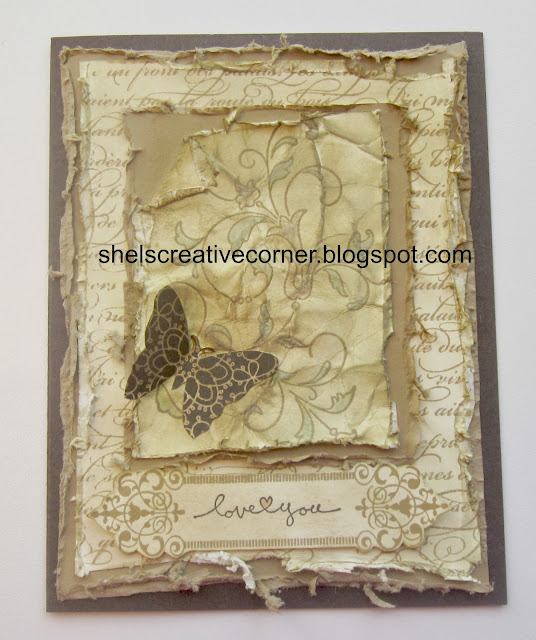 I recently participated in a challenge and had to remake an old pattern.  I chose to remake a journal tag and pocket.  What do you think... 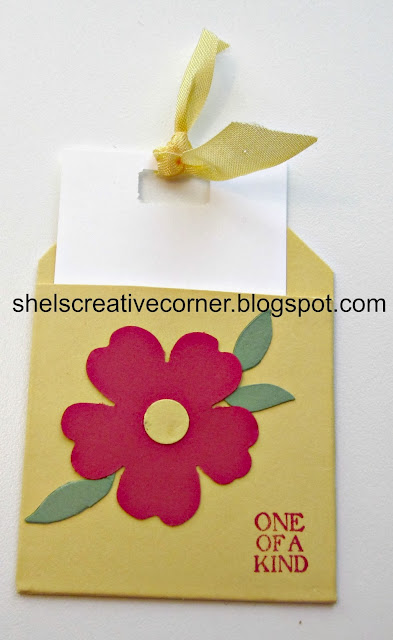 at November 06, 2013 No comments:
Email ThisBlogThis!Share to TwitterShare to FacebookShare to Pinterest
Labels: 2-Scrapbooking, 3- 3D Samples

My Grandson`s Card for his friend`s birthday....

As promised,here is the amazing card that my 7 year old grandson made for his friend. 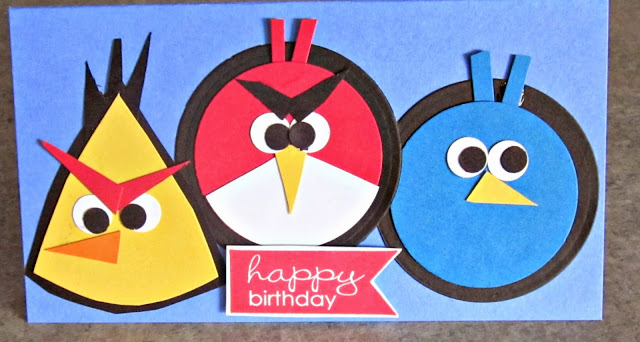 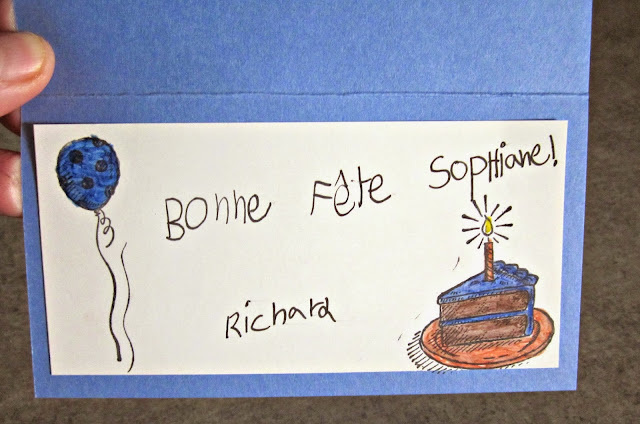 I added this to the back: 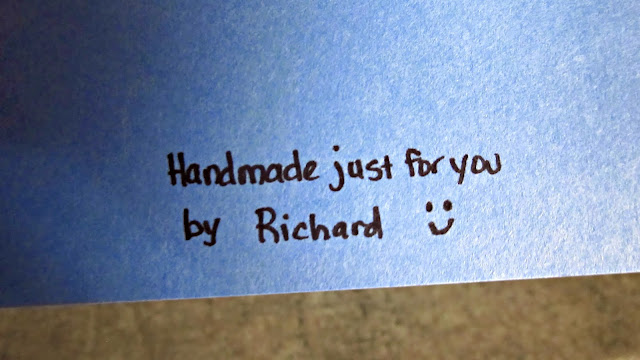 I think he did an amazing job....a lot of glue and a LONGGGGGGGGGG time to make....but looks fantastic and he is sooooooooo proud.
at November 05, 2013 No comments:
Email ThisBlogThis!Share to TwitterShare to FacebookShare to Pinterest
Labels: 1-Cards

Friday night we picked up our eldest grandson Richard, to take him out for supper to celebrate his 7th birthday.

We let him choose where he wanted to go, and no surprise it was Mc Donalds.  On the way there, he asked if he ``had to get a happy meal`` - he always had to get a happy meal when he was with his Mom and that he was not a `little kid`and a happy meal was not enough food.  I said no...it was his birthday so he could get whatever he wanted.  It was so funny his eyes bugged right out of his head.

So we went to McDonalds and he wanted a cheeseburger with two patties, a medium box of fries, four chicken nuggets and a pepsi.  Pop is a treat for him- his Mom is smart and watches what her kids eat...so pepsi was a big deal to him.  I was very skeptical that he would eat it all....boy was I wrong!

We then went to Walmart as I had to pick up some pictures, and a few groceries.  He spotted a box of  ice cream sandwiches and asked if he could have those for his special dessert.  Of  course he got them.....gotta spoil them on their birthday.....so we went home and had ice cream sandwiches....7 bucks for four ice cream sandwiches- holy cow. He loved it and was very appreciative- he is SUCH a good boy!

He loved his angry birds birthday card and the cash inside.  He also received a new pair of jeans, a tshirt and a pair of camo pants.  He was happy. 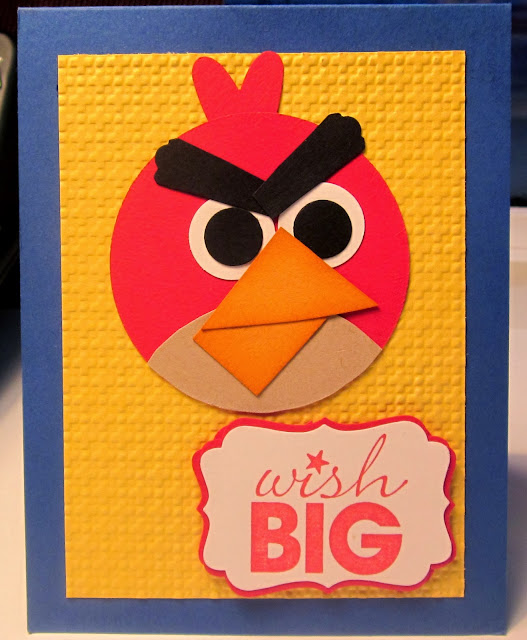 Then came time for Nintendo.  I am old school and have a game console called Nintendo Retro....it is a remake of the old Super Nintendo.  I love it....easy to play and I LOVE the old mario games. He thinks it is fun because it is something he does not have at home....he plays Wi and Playstation.....too complicated for this old gal-lol.

So we pulled the matress into our bedroom on the floor and watched a bit of tv and then off to sleep he went...content with my little dog Dixie at his feet.  He looked like such a little angel laying there in his flannel pj`s with the dog- God I love this little boy! 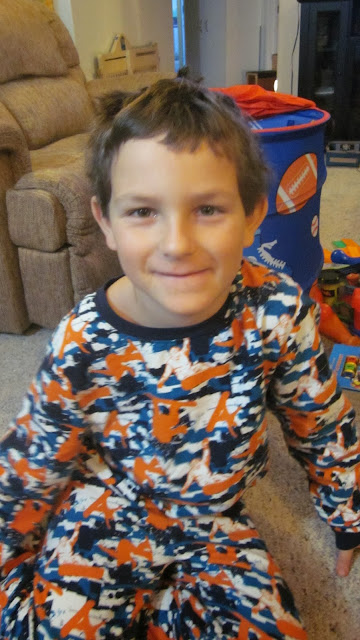 He woke up at 7 am and came out to the couch and snuggled for a while. 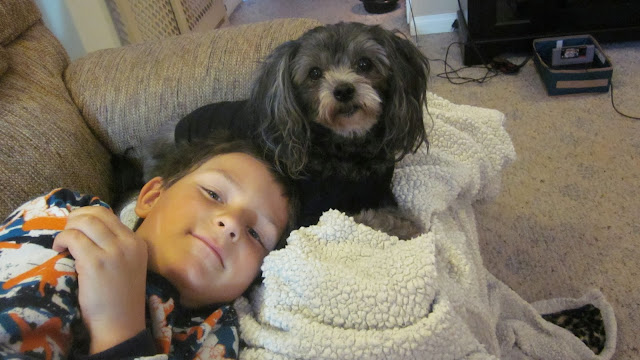 Then  he  watched cartoons and playing with the car race track. 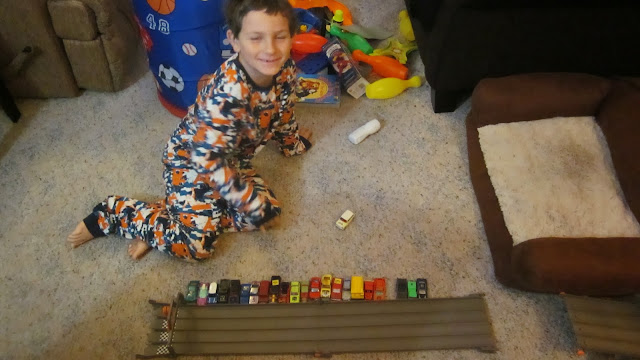 He  asked if we could go in my `special room` and make cards.  He is going to his friends birthday party later today.  Ahhhhh I love it when he wants to play in my craft room! 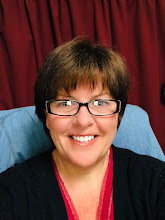 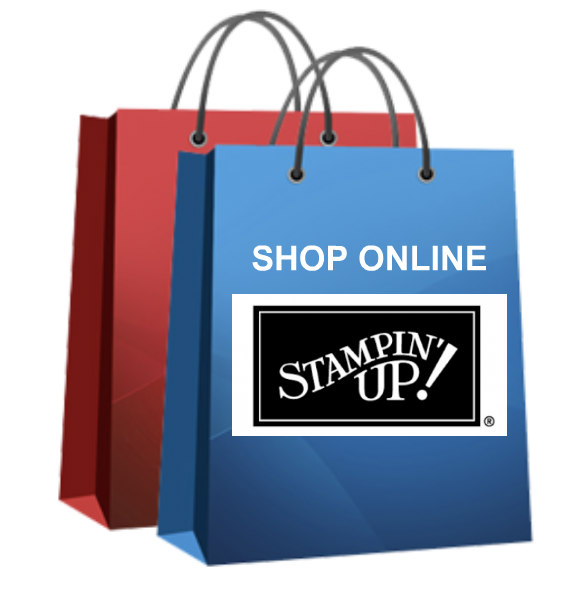 Around The World Wednesday Blog Hop 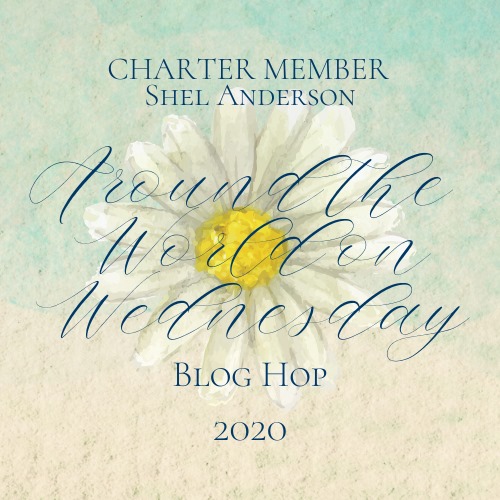 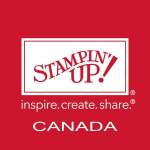 This is my own blog.
I am an Independent Stampin' Up! Demonstrator, and I am responsible for all content.
Stampin' Up! does not endorse the use of, or content of any classes or services, or non-Stampin' Up events or content I may offer here.
All images are copyright Stampin' Up! unless otherwise noted.
Projects, videos and ideas are intended for your inspiration.
I hope you enjoy your visit. I truly appreciate and encourage your comments on my posts.
Thank you!